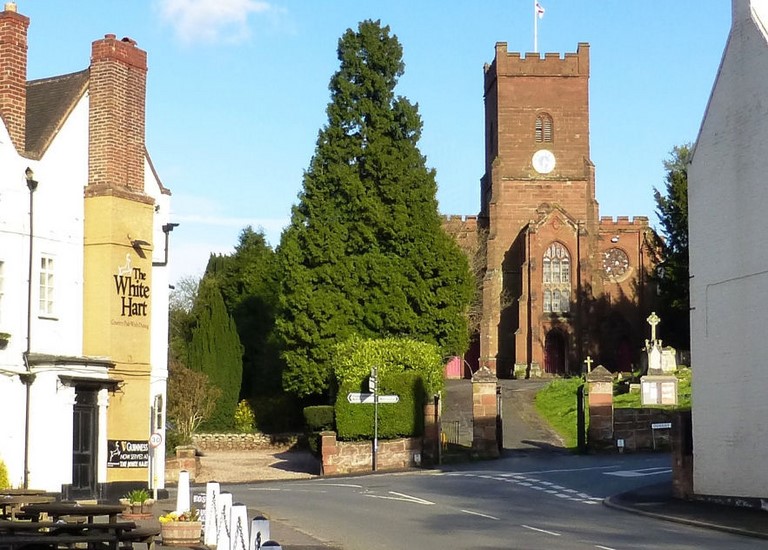 The parish of Hartlebury in Worcestershire, which has approximately 2,500 inhabitants, is formed from a collection of scattered hamlets with a historic village centre, bordered on the west by the River Severn and Hartlebury Common, an area of heathland which is a SSSI (Site of Special Scientific Interest) and an important nature reserve.

The spelling of the name Hartlebury, Heortlabyrig in 817AD,  has changed over time, but it stems from ’heortla’ meaning hart, as in deer, and ’byrig’ meaning an enclosed or fortified place, in effect ’The Hill of the Deer’.  The land was granted by Burghred, King of Mercia, to the Bishops of Worcester in 850AD. There was an extensive deer park at Hartlebury Castle, which for centuries was the home of the Bishops of Worcester.

The Society has acquired a range of items forming an archive of material, including documents relating to Hartlebury, its buildings, people and surrounding area, and books which relate to the village and county as well as some of general historic interest.

We have regular speakers on a variety of topics, where possible with special reference to Hartlebury and Worcestershire, but often more wide ranging; and researching the life and times of the Parish.

Next in our new season of talks…
'Worcester, The Edwardian Story'
Speaker—Paul Harding
April 21

Check out the new Headstones pages—links on Research page

'So very difficult a matter it is to trace and find out the truth of anything by history'– Plutarch (AD 46?–120)