Bert Aldridge was the son of itinerant farm workers Gabriel and Sarah Aldridge. The precise date of his birth is not known, since he was born 'on the road'. However when they settled in Hartlebury in 1893, Bert was said to be 4 years old.

Not much is known of Bert's early life. The local schoolteacher Miss Emily Parsons, did recall that he was 'not particularly clever', 'a bit of a scoundrel' but 'showed vigour on the field of sport'. He left school early in his youth to pursue agricultural work with his father.

Bert did not go to war in 1914. From what the locals said it is clear that he was in gaol throughout the war years. Certainly anecdotes abound about Bert's prowess as a poacher. One source suggests his expertise failed one night on Sir Cecil Brinton's estate.

How Bert's knowledge and love of dance arose is unknown. It is clear however that he was a founder member of Hartlebury Morris in the early '20s. Little is known of this side which was described, variously as having 6, 8 or more dancers wearing 'raggedy clothes' and 'thrashing the air with sticks'. One may infer that a form of border Morris was danced. Bert himself is remembered for his 'vigorous leaps'. Soon after the war he took a common law wife, Constance Seymour, known affectionately as 'Big Connie'; the union was not blessed with progeny.

Hartlebury Morris ceased to dance at the outbreak of WW2 and did not dance again. Bert now 50, served his country with distinction in the Hartlebury Home Guard. Bert died in 1947 aged 58. He had suffered from bronchitis for many years and succumbed to the great freeze of '47 whilst walking home from a long session at his local, The White Hart.

In 1997 the Wyre Forest Morris Men dedicated a weekend of dance to Bert, upon the 50th anniversary of his death. For this brief history of the life of Bert we are indebted to Malcolm Byrd, a former member of the Wyre Forest Morris Men. The details were gleaned from elderly residents of Hartlebury village, and it is understandable that this biography is sketchy and incomplete, subject as it was to the vagaries of peoples’ memories.

Article reproduced with the kind permission of The Wyre Forest Morris Men. 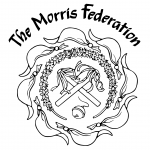