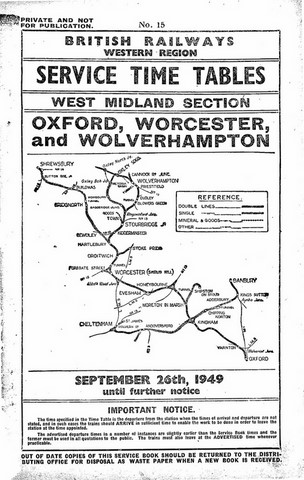 The Oxford, Worcester and Wolverhampton Railway [OWWR] from the start had more than its fair share of problems. One factor causing delay was the inability to decide what rail gauge to adopt. The OWWR had plans for a station at Hartlebury and was supported by the Great Western Railway. This latter company favoured a 7-foot gauge whereas other companies were using a standard gauge of 4 feet 8 and a half inches.
The original cost of the line was estimated at one million pounds but because of delays and uncertainties in the OWWR this cost soon escalated to 2.5 million pounds. The value of the shares fell from £100 each to £14 and the Chairman, himself; a Stourbridge banker went bankrupt. The shareholders were not paid any dividends and construction work was temporarily stopped. The Company had started work along the whole length of the line and no section had been completed to earn any revenue. The OWWR because of its incompetence became known locally as the 'Old Worse and Worse Railway'.

Eventually, after 8 years from the time that the scheme was approved by Parliament, the first thirty-six miles of track was opened for business. This brought the railway to Hartlebury but at that time it was only possible to travel as far as Stourbridge in one direction and Evesham in the other.

The opening of this section of line took place on May 1st 1852. The directors of the Railway Company, various dignitaries and other guests collected together at Worcester in a train with an engine and about 20 carriages. In an open carriage at the front there was a band playing music and the train moved off towards Evesham. Crowds gathered to see the train pass and the stations (some of which were not finished) were decorated with flags and bunting. Two hundred guests had lunch at Evesham and some 2000 workers were provided with dinner at their places of work.

After the meal the train returned to Stourbridge and finally back to Kidderminster. Here about 80 guests were entertained to dinner at the Lion Hotel by the Mayor. At this dinner the directors said that the line would shortly open as far as Dudley and within a few months to Wolverhampton. It was also expected that engineering works would be complete as far as Oxford in the autumn. Dinner was at 9.30 pm but those guests leaving by train could not do so until about 11.00 pm because of problems with the engine! 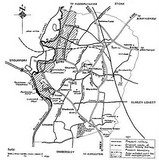 The problems of the OWWR apparently did not improve with time although Worcester was slowly becoming a railway centre. A loco and carriage works was established at Shrub Hill, but despite this on one occasion an express train was delayed at Hartlebury for six hours because four successive locomotives failed to work. It was finally decided in 1860 to amalgamate the OWWR with a number of other railways to form the West Midland Railway Company. 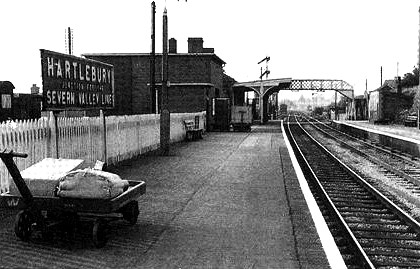 Work had already begun on the Severn Valley Railway from a junction about 200 yards down from Hartlebury Station. When completed it provided a link between the county towns of Worcestershire and Shropshire, providing rail transport to a number of industrial and agricultural areas. Regular services between Hartlebury and Shrewsbury began on the 1st of February 1862. The formal opening had taken place on the previous day when a special train of twenty-two coaches had left Worcester Shrub Hill bound for Shrewsbury. On 18th July 1872 the SVR was absorbed into the GWR which in 1878 opened a link between Kidderminster and Bewdley.

Since its closure we can now only walk along that part of the line between Hartlebury and Stourport; but thanks to the group of enthusiasts who formed the Severn Valley Railway Society, steam trains run once more from Kidderminster to Bridgnorth. Today the SVR brings pleasure to the thousands of visitors who travel the line throughout the year.

In 1852, The Rector and Vestrymen of the Parish Church were trying to sue the Great Western Railway Company for £45 because one of the parish horses was killed by a train at Hartlebury Station level crossing; they also wanted £1 for damage to the harness. In the end they settled for £20. 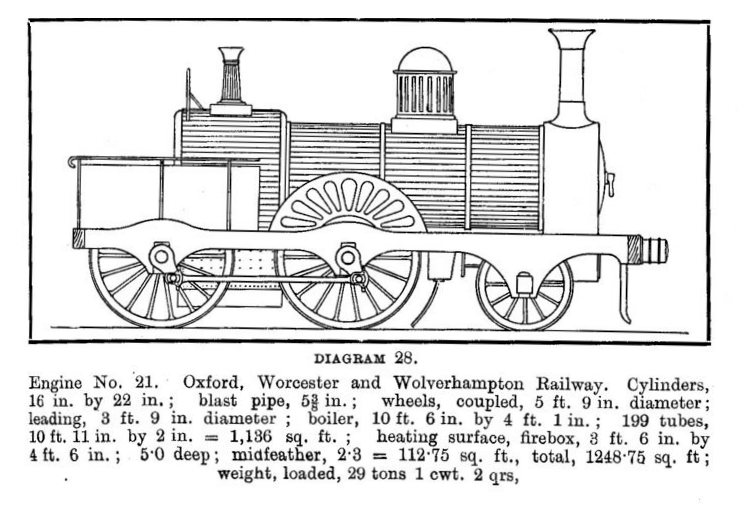 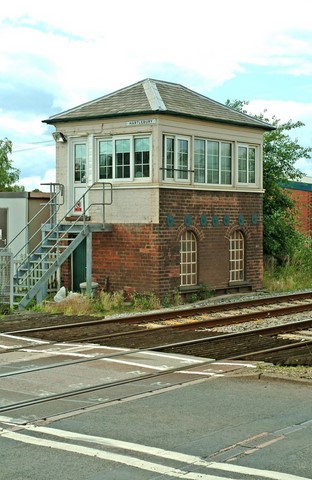 What a shame that so much of our old railway system was taken out of use after all the labour and expense that went into its construction. If it had been developed rather than destroyed we might have less congestion on the roads today. 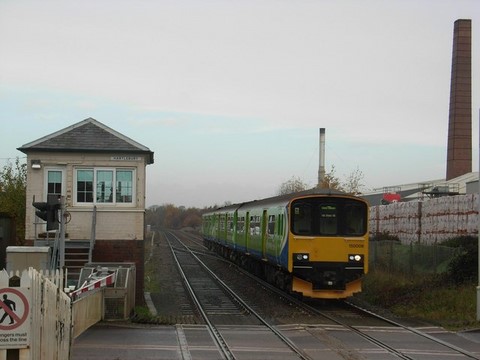 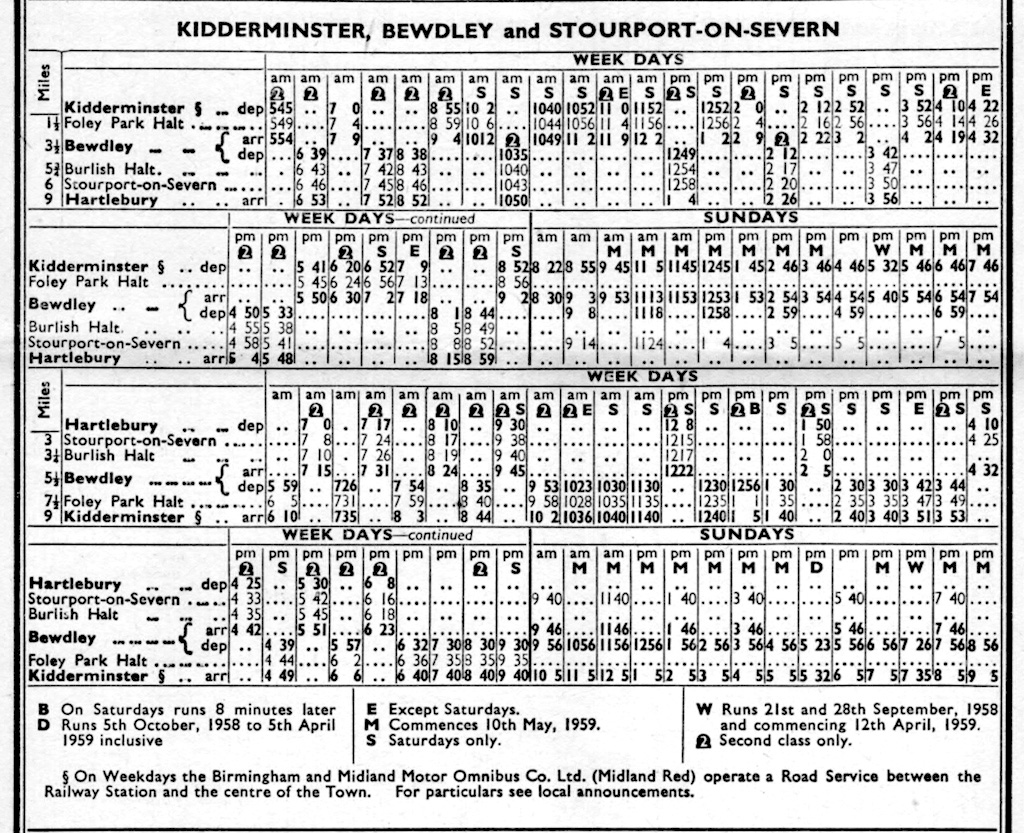