Standing in spectacular parkland once filled with deer, Hartlebury Castle dates from 1268 but the King of Mercia originally gave land in Hartlebury to the Bishop of Worcester in the 860s AD. Over the centuries, it has been one of the main residences of the bishop–until very recently, when it was decided that the bishop’s main residence should be in Worcester, close to the cathedral.

However, the County Council still has its County Museum in one wing and welcomes visitors to the museum, whilst staging interesting special events, often aimed at children and held during school holidays.
There is a flourishing Museum Society which meets regularly in the headquarters of the museum and the museum has a modern ‘Tea Room’.

Within the castle is housed, in a specially designed room, the unique and most important Hurd Library. This is a late 19th century gentleman’s library which is one of the few remaining complete purpose-built libraries of its kind. Contained in it are many unique and valuable books which excite historians and scholars from far and wide. It also has its own consecrated chapel.

The Church Commissioners have decided to sell the Castle and not only has the ‘Friends of Hartlebury Castle and the Hurd Library’ (FHCHL) been founded, but a charitable trust, the ‘Hartlebury Castle Preservation Trust’ (HCPT) has also been formed to attempt to acquire and manage the castle in order to safeguard its future for the benefit of all. At the launch of the HCPT their spokesman said ‘The Castle would be an ideal venue for weddings, concerts, exhibitions and many other events’. This is very much an ongoing project, with fundraising continuing and various events being held, and new members of the FHCHL and supporters of the HCPT being always welcome. 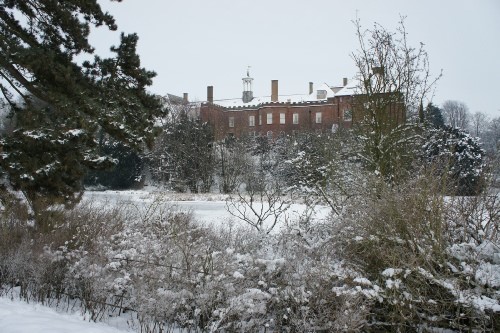